White nose syndrome, an infection caused by the fungus Pseudogymnoascus destructans, arrived in the Québec province in 2010. Since then, it has spread in most areas of the province and caused significant declines in Myotis bat populations. In response to this decline, the province has implemented a bat recovery team in accordance with the local regulation for endangered species. This team is composed of regional, provincial and federal biologists, as well as professionals associated with local conservation organizations and consulting firms. In May 2019 the team published the Recovery Plan for Québec’s Non-migratory Bat Species aimed towards three species of bats including the Little brown bat (Myotis lucifugus), Northern long-eared bat (Myotis septentrionalis), and Tri-colored bat (Perimyotis subflavus). All three species are non-migratory and hibernate in Québec, but while the Little brown bat and the Northern long-eared bat are wide spread, the Tri-colored bat is uncommon and southerly distributed in the province. In Quebec, population densities and dynamics are not precisely known. The production and implementation of a recovery plan is thus essential in order to counter threats to these species. White-nose syndrome is the major threat to these bats but others threats including persecution, exclusion, extermination, and industrial activity, are also considered. The long-term goal for the Recovery Plan is to ensure conditions that will enable self-sufficient populations of bats that are ecologically functional and distributed throughout their range. To achieve this goal, four objectives have been set concerning educating citizens, following the evolution of populations, developing and applying protection or mitigation measures, and knowledge acquisition. In order to reach these objectives, a recovery strategy containing thirteen measures and thirty-five actions is proposed. 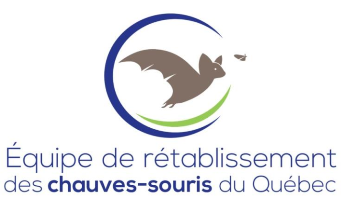