Katelyn Luff has recently joined the CWHC Western Northern as a Wildlife Biologist. 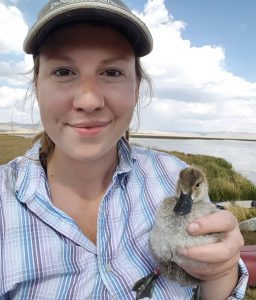 Katelyn holding a Lesser Scaup duckling during a banding drive.

Her work will include participating in ongoing projects such as Chronic Wasting Disease (CWD) surveillance, and Avian Influenza Virus (AIV) monitoring. As well as a variety of other projects based out of the Western Northern region.

Katelyn is no stranger to the field and has spent several field seasons in Nunavut working with Arctic birds, as well as northern Ontario where she completed everything from shorebird migration surveys to bear poop collection (for diet determination). She’s familiar to the Prairies, and has spent time working on AIV surveillance projects with waterfowl, and shorebird migration projects in Saskatchewan. 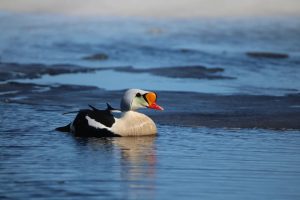