The first edition of the “CWHC – Quebec Birding Festival” took place on May 16th and 17th. During these two consecutive mornings (before the beginning of the work day) the participants in this activity visited the Boisé de la Crête St-Dominique and the Réserve naturelle du Boisé-des-Douze. The purpose of these visits were to identify and count birds present on these two sites. During these two morning excursions, which last a total of five hours and covered 5.4 km, a total of 216 birds belonging to 47 different species were observed by participants.

These two sites represent pockets of biodiversity in the predominantly agricultural region of St. Hyacinthe. This type of forest islets is used as a resting and feeding area by a large number of migratory bird species, as well as nesting sites for several avian species. These woodlots promote biodiversity in an ecozone highly altered by human activities such as the St. Lawrence Lowlands. 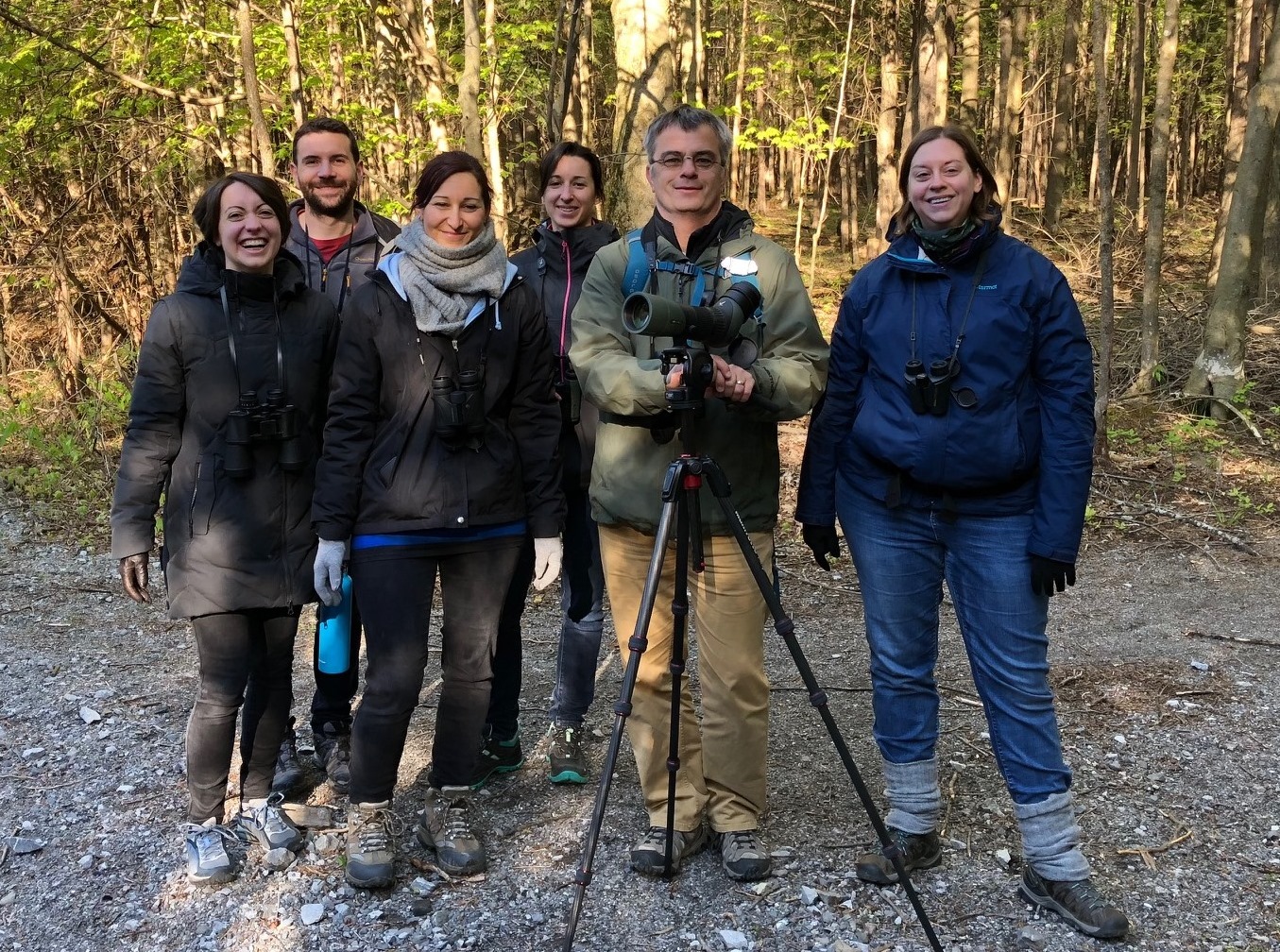 Photo 1. Some of the participants in the first edition of the 2018 CWHC – Quebec Birding Festival.

The Boisé de la Crête St-Dominique (www.boisedelacrete.sitew.ca) is a nature park made available to the community by a private company, the Carrières Saint-Dominique. The Comité de la Crête, a non-profit organization made up of volunteers, manages this woodlot so it could be available to the public for hiking during the entire year. This woodlot is a good example of the involvement that a private company can have in the protection of natural environments and biodiversity. 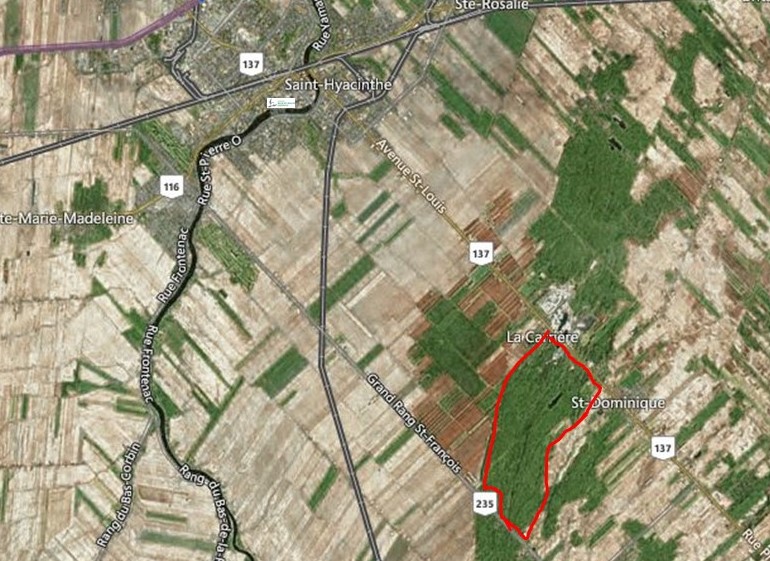 Photo 2. “Google Earth” view of the Boisé de la Crête St-Dominique (surrounded by a red line) in the St. Hyacinthe region in the province of Quebec.

The Réserve naturelle du Boisé-des-Douze (http://boisedesdouze.org/) was created as a result of the site owner’s desire to develop this wooded area which is landlocked between farmland and an industrial sector in the town of St. Hyacinthe. The brook “Décharge des Douze”[1] that flows through this woodland is in fact one of the few in the region whose natural layout has not been altered. This reserve was created following the constitution of a non-profit organization that acquired the land owned by the Lussier family. Mrs. Beauregard-Lussier and her family decided to bequeath this woodlot in 2007 to promote its conservation. The woodlot obtained the status of “private nature reserve” in 2010. This territory of 3.8 hectares will be protected in perpetuity. The reserve has grown over the years thanks to the support of the city of St. Hyacinthe and some landowners. The establishment of this reserve is a model of involving citizens and a municipality in promoting the conservation of biodiversity in a region. 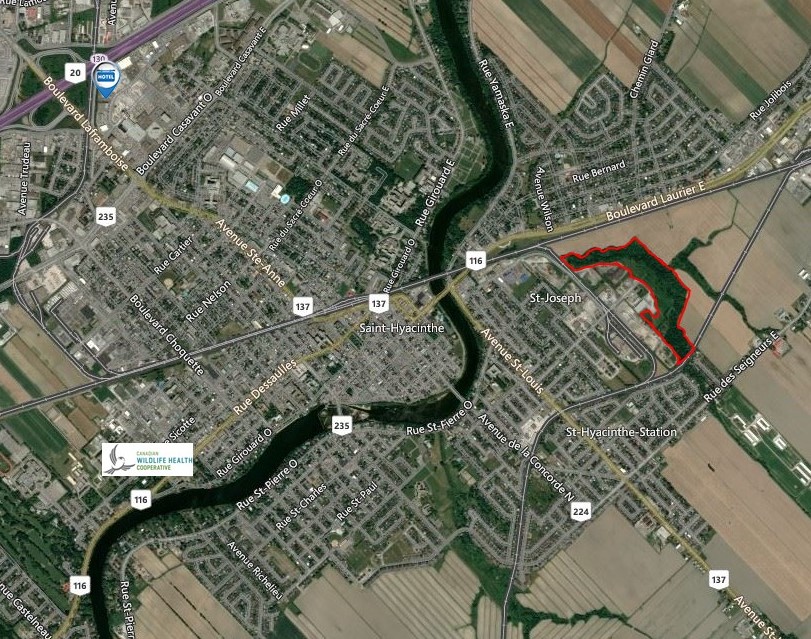 Photo 3. “Google Earth” view of the Réserve naturelle du Boisé-des-Douze (surrounded by a red line) in St. Hyacinthe, Quebec. The reserve is located between residential sectors, and industrial park and agricultural lands.

In addition to Provincial or National parks, initiatives of citizens, municipalities and the private sector can contribute to the protection of natural environments in areas heavily affected by human activities, such as the St. Lawrence Lowlands. One of the issues that should not be overlooked is the interconnectivity between these often isolated natural habitats in order to favor movements of wildlife through migration corridors and to minimize the effect of habitats fragmentation which is often a consequence of urban sprawl and commercial development.

The observations made during this “festival” were entered in the eBird database (https://ebird.org/about). This database, compiled by the Cornell Lab of Ornithology and the National Audubon Society, lists observations made by birdwatchers around the world. This database, which is a very good example of participatory citizen science, is used by many researchers to monitor the evolution of the abundance and geographical distribution of bird species in the wild. Since its launch in 2002, more than 29 million birding lists have been entered by more than 400,000 birders. Wildlife health researchers can use species abundance indices generated from eBird to help better understand variations in bird species mortalities or to explore potential links between the emergence of a new disease and the decrease in the abundance of an avian population. It is interesting to mention that the eBird database was directly inspired by the work undertaken in 1975 by Jacques Larivée with the base de données québécoise ÉPOQ.

Be there in May 2019 for the second edition of the “CWHC – Quebec Birding Festival”!

[1] This brook was name “décharge des Douze” (Outlet of the twelve) because it is located 12 arpents from the main road (road 137).