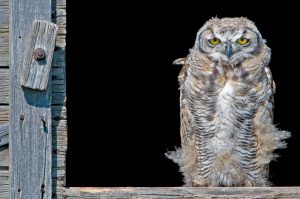 With all the news about avian influenza over the past few months, it is sometimes easy to forget that our local wildlife are dealing with other challenges on a daily basis. Unfortunately, one of these challenges comes in the form of a poison that we are utilizing to control other wildlife. In our previous blog reports, we discussed the use of anticoagulant rodenticides and how they are being detected in multiple raptor species (http://blog.healthywildlife.ca/raptors-and-rodenticides/). In addition to detecting these rodenticides in birds, we also occasionally examine predators who have died as a direct result of being exposed to these rodenticides.

So far in 2022, we have found evidence that supports anticoagulant rodenticide toxicity as the cause of death in 11 raptors and 1 mammalian carnivore. The species affected include 7 great horned owls, 2 red-tailed hawks, 1 turkey vulture, 1 bald eagle, and 1 red fox. Determining that an animal has died as a direct result of anticoagulant rodenticide toxicity can be challenging, but typically is achieved by finding evidence of either external or internal hemorrhage of unexplained cause, as well as detecting anticoagulant rodenticides in the liver at a level that is consistent with toxicity. We work with colleagues at the Animal Health laboratory at the University of Guelph who conduct the rodenticide testing for our cases.

Based on the majority of the species that we see affected by these substances, it is likely that they are consuming rodents who have ingested the poison. Rodents and other small mammals are a large proportion of the diet of great horned owls, red-tailed hawks, and red foxes; however, turkey vultures and bald eagles are scavenger species. As these scavenger birds are also occasionally affected by these poisons, it is likely they are feeding on animals that have been previously exposed to rodenticides (which could include rodents directly poisoned or potentially larger birds or mammals who have been exposed).

As we continue to see more of these exposures and deaths secondary to anticoagulant rodenticide toxicity, there is more discussion as to whether the use of these poisons is completely necessary, when more targeted pest-control options are available. British Columbia has recently changed a temporary ban on the use of anticoagulant rodenticides to a now permanent ban on their use with few exceptions (https://www.cbc.ca/news/canada/british-columbia/bc-permanently-bans-rat-poison-1.6633727). It’s possible that this ban will eventually lead to similar changes in other provinces, which would be good news for many of our predators that rely on rodents as their primary source of food.